Apply these five rules to rapidly improve your conversational Spanish

We frequently hear from students making their first trip to a Spanish-speaking country after a few years of learning Spanish in high school or college. These students often know tons of vocabulary and grammar, but they still struggle to handle real-time conversation with native speakers. Although these students have plenty of knowledge of Spanish (on paper), they have not yet developed the skills required to master real-time conversation.

The problem is that typical Spanish classes simply try to cram more words and grammar rules into your brain with little or no emphasis on practicing actual speaking skills. But that is a bit like reading a book on basketball rules and terminology without ever picking up a basketball - you may know the rules, but you still won't be a very good basketball player.

Developing conversational ability in Spanish is a lot like learning to play a sport. Your ability to use easily use Spanish in real-time conversation requires you master a number of different skills - you need to train your ears to understand native speakers with diffent accents (who often speak "too fast"), quickly conjugate verbs in your head, decipher idiomatic expressions and slang, all while responding quickly and using effective pronunciation. You won't gain those skills only using books and flashcards.

At One Month Spanish we developed our entire course from the ground up with the objective of helping you to build the skills to master real-time conversation. Along the way we've developed five cornerstone principles for Spanish learners whose goal is to develop conversational proficiency. Our approach borrows heavily from the rapid-learning methodology developed by the Foreign Service Institute to train U.S. diplomats and FBI agents. Whether you use One Month Spanish or continue your studies on your own, be sure to take advantage of these five rules to help you develop your conversational skills as quickly as possible:

Rule 1: Listen to Spanish audio as much as possible

It is typical for many Spanish learners to spend a lot of time learning vocabulary and grammar using books, paper, and flashcards while postponing oral practice until after they have built up a large base of vocabulary and grammar. However we can drastically improve the time it takes to learn to converse by combining knowledge acquisition (vocabulary words, grammar, etc.) and conversational skill development (listening, speech, pronunciation) at the same time.

One of the most important tools we have for promoting conversational skill development is the use of audio-based learning materials. Instead trying to perfect grammar on paper, we use audio-based drills and exercises that force you to listen and reproduce material orally. The key benefit of this approach is that it helps to train your brain to process and understand Spanish in oral form, not just in writing.

Working with audio will also greatly help to improve your pronunciation. This is particularly important - Spanish learners often obsess over obscure grammar points while placing insufficient emphasis on proper pronunciation. This is a huge mistake for anyone who aspires to speak to native speakers, since most listeners can tolerate grammar mistakes, but even small mistakes in pronunciation will make you difficult to understand.

As a rule, try to focus 75-80% of your study time working with audio-based materials. If you are working with flashcards, use a program like Memrise that incorporates audio directly into the process. For grammar, focus on materials like the Foreign Service Institute Spanish or our One Month Spanish course that combines grammar exercises with oral conversational practice, to help you more quickly reach a level where you can communicate effectively.

If you are focused on achieving conversational proficiency, you should prioritize the study of native dialogue over books, newspaper, music or nearly all other materials. Working with dialogue emphasizes different aspects of the language, which are best learned from observing and emulating native speakers in real conversation (such as greetings, slang, interrogatories, interjections, colloquial expressions). Reading newspapers may help make you a better Spanish reader, but if your goal is to be able to engage in conversation then your efforts should be focused on studying native speakers engaged in real dialogue.

¿Qué te pasa, Juan?
What's the matter Juan?
No hay agua en mi apartamento.
I don't have any water in my apartment.
¡No me digas! ¿Otra vez?
You don't say? Again?
Si, y yo iba a darme una ducha antes de la fiesta.
Yes, and I was going to take a shower before the party.
¡Qué broma, chico! La fiesta es a las siete. Apenas tenemos tiempo para vestirnos.
You must be joking, boy! The party is at seven. We barely have time to get dressed.

This short passage contain a number of expressions that are rarely used in newspapers or (non-dialogue) text, but are used everyday in spoken conversation: ¡No me digas! (You dont say) Que te pasa? (What's the matter?) or Que broma! (What a joke!) By working with dialogue, you will quickly improve your ability to recognize and use the patterns most commonly used in everyday speech. 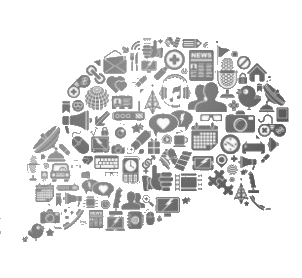 “Fluency” is not just a measure of how many words you know, but rather how comfortably you are able to recall the parts of Spanish that you have already learned. For example, you are probably “fluent” with respect to simple phrases like “Como estas?” or “Como te llamas?” You automatically respond “Muy bien!” and “Me llamo Júan” without stopping to think about sentence construction, or whether llamar is regular or irregular, or how to conjugate the first person singular. Because you have heard and repeated those phrases so many times, your response becomes nearly automatic. What we call “fluency” is really “automaticity” – the ease with which we can automatically use a portion of language without having to stop and think about it.

We can significantly improve our “automaticity” by using drills that require you to repeat key phrases and structures orally.  Focusing on oral repetition helps to develop the neural pathways required in order to reproduce language quickly in live conversation and improve the fluency of real-time speech.

Simply put - your Spanish will improve fastest if you study or practice everyday. We realize this sounds like an annoying lecture from your piano teacher - but studies have shown that increasing frequency of training promotes the development of new skills by keeping performance within the peak range required for rapid improvement. When new skills are trained less often, the learner's skill level quickly drops back to prior levels of performance. This remains true even when the total amount of study time is the same. In other words, you will you improve faster by studying 7 days per week for 45 minutes a day, than trying to cram the same 5 hours of study over a weekend. Try to commit to a plan to study and practice your skills everyday, in order to minimize the amount of time required to reach functional fluency.

Simply put, if your goal is to converse with Spanish speaking natives, you need become comfortable making lots and lots of mistakes. This can be a significant mental hurdle for students who have spent most of their time learning Spanish in high-school or college. In a traditional academic setting, the goal is to always get the “right” answer – choose the right word, use the right conjugation, etc.

Approaching conversation with same standard is a recipe for failure. You simply wont be able to have a real conversation if you have to stop and decide whether to its better to use preterite or imperfect every time you use a verb. It might be okay to take 15 or 20 seconds to choose the right form if you are taking a written test, but in real-time conversation, even 5 seconds is an eternity. (Try it: slowly count to 5 in your head. Now imagine having a conversation with a 5 second pauses before every verb.)

The good news is that you can make lots of mistakes and still be sufficiently well understood. Here is an example of a 7 minute conversation between an intermediate Spanish learner (Niall Doherty) and two Spanish natives. Niall makes tons of mistakes throughout the video (can you spot them?), but he is still well understood by his Spanish friends. 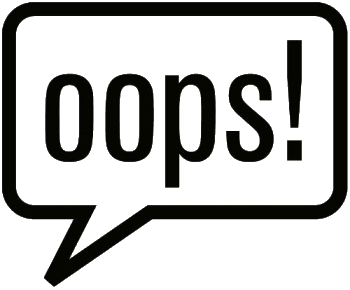 In the next article, we'll show you how to combine several of these rules into a powerful, time-saving hack that is the single best way we know to rapidly boost your conversational skills in Spanish.

Get our #1 hack for learning Spanish fast >>

Get our #1 hack for learning Spanish and weekly Spanish tips

We value your privacy and would never spam you